The Andaman and Nicobar Islands are divided into different sections under which several islands are placed in groups. One of the most popular sections of the group of islands is the renowned, Mahatma Gandhi Marine National Park. This national park is one of the largest national parks of India within Andaman, situated in Wandoor.

The park is located at a distance of only 29 kilometers from the capital city of Port Blair and can be accessed via boats offering one of the best spots for Eco-tourism for its nature loving visitors. It is replete with bio-diversity in the form of rich and diverse flora and fauna, barely found in any other part of India, as it represents the true picture of complete equatorial forests.

The park was established in the year 1983 under the Wildlife Protection Act of 1972 in order to preserve and protect the corals, endangered sea turtles and the marine life surrounding the park and forests thriving within the park. The strangest part about these islands is that they are barely inhabited with around 3000 people living in 8 villages and humans are primarily seen in the form of tourists and local guides or water sports helpers and trainers. 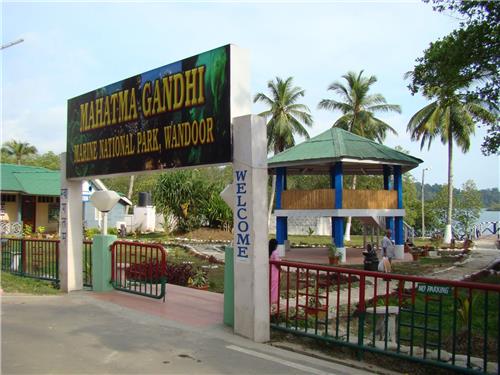 The MGM national park is made up of a conglomeration of 15 islands, some of which are highly popular while others are comparatively less known. Visiting this park alone can provide the tourists with the true colors of nature that coexist together as dangerous aspects and beautiful side of nature at the same time. The park covers an extensive area of 281.5 km2 with open sea cracks visible in the area lending it the aerial appearance of a group of islands with jagged edges, just as can be found in case of Kerala and its backwaters.

7 Most popular Islands of the Mahatma Gandhi Marine National Park

2. The second most popular island in the National Park is the Red Skin Island, which apparently one of the smallest and most crowded islands of the Andaman and a replacement for Jolly Buoy during peak rainy seasons for tourist visits. It is located right next to the Jolly Buoy and receives many visitors when the Jolly Buoy cannot be visited.

3. The third most visited tourist islands in the National park is the Rutland Island, which is located across the Macpherson Strait towards the southern side of the Park. It is popular for its shallow waters and easy spotting of corals and endangered marine life. It is also an excellent spot for training open water divers due to the shallow waters.

4. Tarmugli is the 4th most popular islands situated within the National Park and is known to have a thick vegetation of Mangroves and also happens to be the largest islands among all the 15 islands of the park. It has a haunting look of its own with sandy beaches and uprooted trees with the mangrove roots spread across like the fingers of a wicked witch. 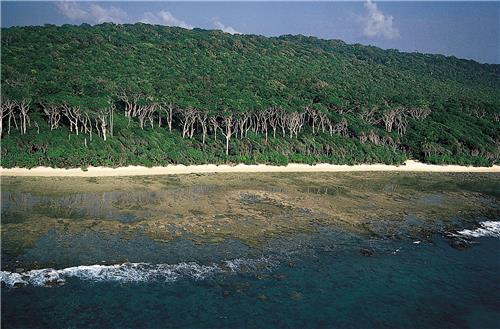 5. The Malay Island is also popular among the group of islands for having rich historical background with thick forests and coral reefs. The island received its name from the Malay form of the Monkey God, Shri Hanuman Ji.

6. The 6th most popular island at the Park is the Alexandra Island which is the only town situated within the national park which is the reason behind the popularity of this island

7. Twins islands, as the name suggests is not one but a couple of islands referred to as the Ross and Smith islands that are quite popular among tourists being the only twin islands at the Andaman which are joined by a thin strait of sand.

The other islands which are relatively less visited by tourists within the park but have a great role in forming the national park comprising of the 15 islands are Boat, Bell, Chester, Grub, Snob, Riflemen, Pluto and Hobday. Although these islands can be visited on request by tourists as a part of the Eco-tourism package of the MGM National park offered by many travel agents.