8 Things Depicted by the Anthropological Museum of Port Blair

The city has several places that can be of interest to a variety of tourists, starting with beaches, temples and ending with museums and parks. If individual islands have individual specialties for the tourists, then Port Blair, has many things to offer to the visitors, conglomerated in a single place. 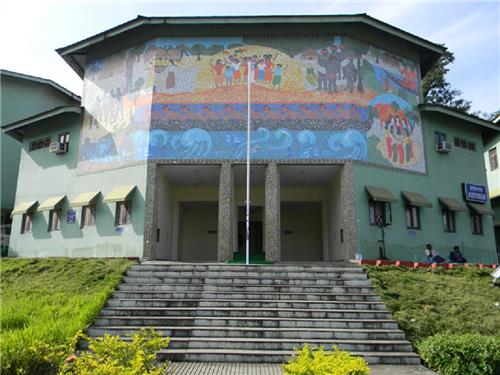 One such unique tourist destinations is the Anthropological Museum of Port Blair. This museum is an epitome of the Andaman and Nicobar Islands culture as it showcases several important things and documents dating back to the time of the original inhabitants of the Islands, prior to the British invasion. It has several things preserved within it that are a proof of the existence and life of the different tribes who inhabited the different Islands largely.

History of the Anthropological Museum in Port Blair

The Andaman and Nicobar Islands, were primarily dominated by four main tribes, judiciously spread across the different sections of the group of Islands. These tribes are known by the names of Jarawas, Sentinelese, Great Andamanese and the Onges which are a part of the Negrito Tribes of Andaman, accompanied by two more Mongoloid Tribes of the Nicobar known by the names of Nicobarese and the Shompens.

This museum being an ethnographic museum, the focus is completely on the tribes who lived in the Andaman, some of which are still living in the denser sections of the different islands. The museum was established in between 1975-76 for the sole purpose of showcasing the cultural phenomena of the group of Islands, based on the people who lived there.

Let’s now find out the things depicted in the Museum, to comprehend the reasons for interest in this tourist spot.

8 Things Depicted in the Anthropological Museum

The Museum is home to many things that link back to the tribes who lived here on this group of Islands. These items preserved in the museum, are live examples of the things used by the tribal people and provide information about how the items affected their lives. Below are some of the items representing the though flow and life of the tribes

1. An ancient Jarawa chest guard with simple geometric patterns drawn on it, depicting a simple jungle life of the Jarawas 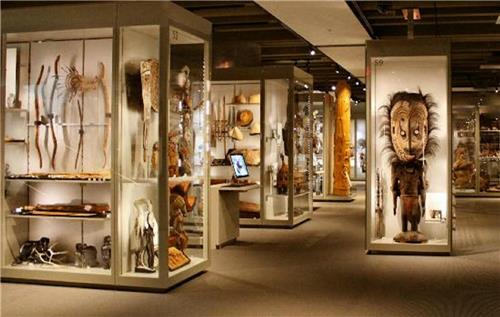 3. The Shamanic sculptures created by the Nicobarese, representing the totemic spirits showcase the religious sentiments and god-fearing nature of the tribes

4. The boats of different shapes and sizes display a life close to the sea and their main mode of travel and communication

5. The coconut or palm tree leaves baskets depict the artistic side of the tribes who believed in creating things that could be of use to carry food or other items

6. The existence of weapons, preserved as artifacts, depict the preparedness of the tribes to face the lingering dangers of the sea and the equatorial forests surrounding them. They also showcase that they believed in hunting to acquire food in the forests

7. The clothing preserved in the museum, show that men and women wore similar attires without displaying the biasness of genders or the extra feeling of shame induced in women

8. Last but not the least, the museum has a well-stocked library which is a source of unending knowledge about the culture, tribes and lifestyle of the Andaman and Nicobar Islands

It is highly suggested that to know the ins and outs of the union territory of the Andaman and Nicobar Islands, a visit to the Anthropological Museum of Port Blair is a must.