6 Reasons Why Tourists Are Attracted To The North Bay Beach

Port Blair has numerous tourist spots surrounding it, of which some are really famous while others are relatively less frequented by tourists. It has many beaches lines by shacks and other water sports which make it a common destination for tourists for lodging, enjoying local cuisines and even taking a trip of well stocked market places. Some of the beaches are overcrowded, especially during the peak tourism seasons while some are vacant and peaceful throughout the year.

One of the best beaches, that is closest to the city is the North Bay Beach. Located towards the north of Port Blair and accessible via a jetty which passes by the Aberdeen Jetty, the North Bay Beach, is only a 30-45 minutes boat ride from the main port of the city. It attracts a huge number of tourists almost throughout the year and is one of the crowded beaches of the Andaman. Being closest to the city capital of Port Blair, people who are usually unable to visit the other islands that are far off from the capital can experience almost all that the Andaman has to offer to its tourists, making it a crowded tourist spot. 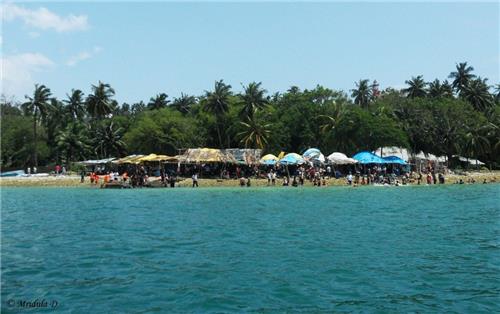 There are several reasons as to why the tourists are so very attracted to this beach unlike many other more beautiful and virgin beaches existing within the lap of the Andaman and Nicobar Islands. The top reasons are explained below:

1. The Lighthouse is one of the main reasons that attracts several tourists to this spot. The climb to the top of the light house may be quite difficult and not for those with a weak heart or breathing troubles, but it presents an exquisite panoramic view from the top for those who can break the climb of steep stairs.

2. Another attraction of the beach is the sparkling water surrounding it making it one of the cleanest and pristine beaches found across the whole of Andaman.

3. The coral reefs here are the best as they are spread over large area lining a major section of the beach. The glass boat rides at the North Bay beach is the best worth of money that tourists can derive at the Andaman as the view is clear and huge in number providing a reddish and colorful tinge to the lining of this exclusive beach. You can even chance upon sightings of lobsters and clams while on tour across the coral reef, which barely happens in case of the other corals found in Andaman.

4. With pristine clear water and a white sandy beach, the North Bay presents the tourists with a massive variety of water sports like scuba diving, snorkeling, bathing, sea walking, surfing and much more with the help of trained professionals. 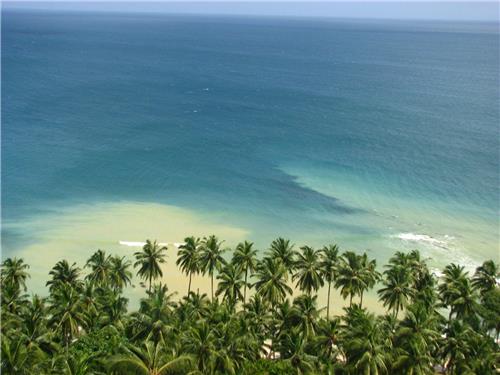 5. An exclusive attraction that makes this beach different than many others in the Andaman is the underwater photography. Tourists can take along professional photographs with them under water and have their pictures taken to carry home great memories from the trip.

6. The local food found here is just to die for as they offer not only the sea food but other cuisines such as Chinese, Thai and Indian at comfortable restaurants and shacks lining the beaches.

So if you have a tight schedule  on your trip to the Andaman, and barely have time to visit all the islands of union territory, then it is suggested that you must not miss out on the North Bay Island and Beach as offers the complete package of the Andaman in a single bundle.