7 Interesting Facts About The Barren Island

Andaman and Nicobar islands are one of the best holiday destinations of India and it covers a large group of islands, each of which is an exclusive tourist attraction. One such exclusive island is the Barren Island, located towards the eastern side of the Andaman and Nicobar Group of Islands. The island is situated about 135 kilometers away towards the north-east section of the capital of the Andaman, Port Blair. This island is renowned for various reasons, which also make it different from all the other islands of the Andaman and Nicobar Island conglomeration. It is unlike the other islands in the sense that it is not known for its beaches or exotic views but for unusual reasons.

The island was named so, since it is completely barren without any human inhabitants. The only living beings found on this island, apart from certain equatorial plants and trees are goats, birds, bats, flying foxes and certain species of rodents. The condition of the island is such that barely any human can survive here since it is devoid of any way to help people make their livelihood, apart from the ever impending danger of a volcanic eruption.

To know about the reasons behind its popularity, you need to know certain interesting and unusual facts about the Barren Island.

Below are a few less known facts about the Barren Island which make it an interesting tourist spot:

1. The Barren Island is the one and only confirmed active volcano located in South Asia which first became active in the year 1787. 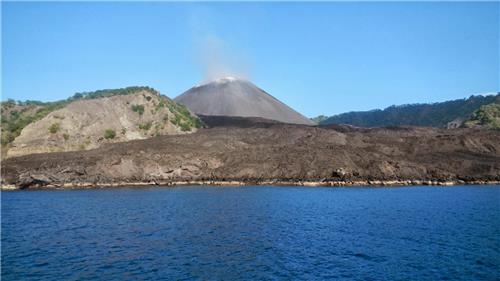 2. The most recent eruption from this active volcano took place in the month September of 2010 which continued till January 2011.

3. The volcano was dormant for almost 1 and a half years from 1989 till 1991 when it had another massive eruption causing a lot of damage to the uninhabited island.

4. The reason behind this volcano causing a lot of damage is its situation amidst a volcanic belt located on the edge of the Burmese and Indian tectonic plates.

5. The island consists of a dormant volcano, referred to as Narcondum alongside a few seamounts such as Seawell and Alcock.

6. The active volcano on the island is said to have originated from a remains of a primitive volcanic cones, of which a primary section is now under the Indian Ocean.

7. The island is one of the smallest islands across the South Asian belt with a diameter of only 2 kilometers and a total area of 10 square kilometers. 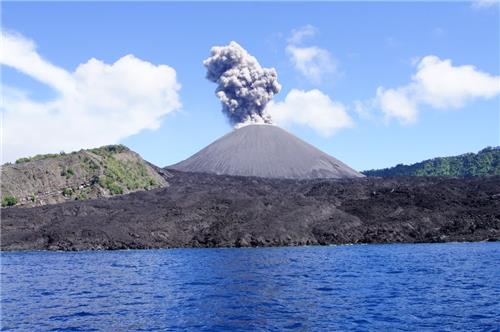 Apart from these unusual facts about the Barren Island, one of the strangest things about this place is that in spite of the danger of a sudden volcanic eruption, it is a frequently visited island of Andaman. It has several activities taking place around it such as Scuba diving; in fact it is one of the best spots of Scuba diving in the Andaman and Nicobar islands. It has several attractions around it such as the rare species of Manta Rays, growing Coral gardens, basalt formations of interesting shapes and the topography an formations made by lava flows during earlier volcanic eruptions.

The facts are just a mere glimpse into the interesting nature of the Barren Island, the real virgin beauty of the island can only be realized with a visit to it. It is an excellent way to soothe your senses and get away from the deafening city noises and everyday monotony. You would want to and love to stay there but won’t be able to due to lack of human habitation.