Business and Economy in Port Blair

Andaman and Nicobar Islands, which is one of the union territories of India, homes an immense collection of natural resources that can influence the economy of the islands. The major revenue sources here are agriculture, fishing industry, handicrafts industry, minerals and energy resources. But the interesting fact is that as all these industries are well connected to the tourism industry of Andaman and Nicobar Islands, it can be said that tourism is the major factor that decide the economic status of the union territory. 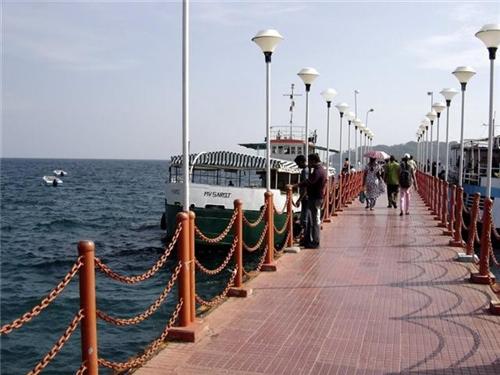 A major portion of revenue of Port Blair and Andaman and Nicobar Islands is earned through tourism. Therefore, the tourism industry here has boomed and developed into an absolutely new and advanced level. Plenty of people from various parts of the world visit here every year to explore the charm and grandeur of the serene islands and to enjoy the unique culture of these islands. Directorate of Tourism, which constitutes a special wing of industry of tourism at Andaman and Nicobar Islands, conduct various tours to different locations here like Wandoor, Mahatma Gandhi National Park, Mount Harriet, Gandhi Park, Water Sports, Jolly Buoy, Corbyn’s Cove beach, Red Skin Chidiya Tapu and many more. Bus and boat are the transport options for these tours. Directorate of Shipping Services, which is another important appendage of industry of tourism here, conduct boat tours to main islands such as Harbor Cruise, Viper Island and Ross Island.

Handicraft industry, which is one of the major sources of income for the people in Port Blair, is mainly dependent on shell crafts. As shells in these islands are the most beautiful object found here, the shell crafted items of Port Blair has high demand across the world. As the coastal areas homes abundance of small and big shells, people indulge themselves in the practice of shell crafting and find out earning for their livelihood. They collect, clean and process the shell and cut them in different shapes to make various types of ornaments like earrings, necklaces, chains, bracelets etc. and other decorative items, which can be used to adorn homes.

Timber and wood works are the other major section of handicraft industry here. The islands of Andaman and Nicobar homes several types of timber species, some of whom belong to rare families. These timbers are cut into different sized and made simple objects of unique shape. Variety of furniture, mats and other products are also made of wood, which have high demand among tourists coming from various countries of the world.

The land available for agriculture in Andaman and Nicobar Islands is restricted to 6% of the total area. But, the peasants, who were inspired by the exotic natural verities of this land, dedicated themselves into agriculture and worked hard to increase the fertility of the land and the production capability through scientific revolution. Vegetables, which are cultivated during summer season is the main agriculture crops in Port Blair, as the climate at this time is suitable for food productivity. Different varieties of vegetables like lobia, radish, bhindi, brinjal cucurbits, poi, marsa etc are cultivated here. You can also see farms of kholkhol, cauliflower, tomato and capsicum here in winter seasons.

The hilly and plain agricultural land are used to cultivate seasonal vegetables, oilseeds, pulses, nutmeg, pepper, cinnamon etc. which is the main source of income for rural people here. The red oil, palm, rubber and cashew nut, which are the main factors that decided the economy of Andaman and Nicobar Islands, are also cultivated here marginally. The climate of hilly areas is also favourable for crops like coconut and fruits such as guava, pineapple, mango, jack fruit, citrus fruit etc.  Paddy is the prime field crop in Port Blair.

Besides this, there are many package tours such as Adventure Thrill and Explore Andaman, which is an integral part of industry of tourism of Andaman and Nicobar Islands. While Adventure Thrill covers spots like Corbyn’s Cove beach, Chidiya Tapu and any more in 6 days and 5 nights. Explore Andaman covers the locales like the Viper Island in 5 nights and 6 days.

The water resource of India enables the government to bring a revolution in fishing industry mainly after independence. The industry of fishing in Andaman and Nicobar Islands, which is a major earning method, can give a strong support to the economy of the island. The people of Port Blair consider water resource is a main way of earning and so many people are engaged fishing and find out their livelihood. Various varieties of fishes like mullets, barracuda, mackerels, sardines, tuna and flying fishes are found in the water of these islands. A prime focus of fishing industry is shark fishing. Fish is the main exporting item from Andaman and Nicobar Islands and it brings foreign money to the Islands.

Even though Andaman and Nicobar Islands are not rich in mineral resources, it is not completely deprived of them. Copper and chromite are the major minerals deposits here. The Government introduces privatization in the system to diversify its mining operations that will result in building a steady revenue earner for the government.

Even though thermal energy is produced here, the mainstay of the energy in the island is water energy. Hydro-electricity is the main source of energy in Andaman and Nicobar Islands. The government gives the charge to protect the energy resources in the islands to the National Hydroelectric Power Corporation.

The islands of Andaman and Nicobar 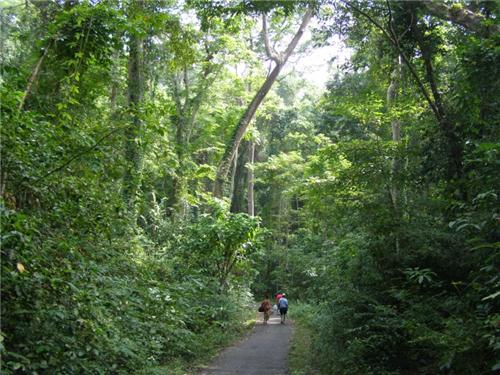 Islands are blessed with magnanimous presence of forestry and wildlife that are a major attraction for the tourists coming from all parts of the planet. Among the approximately 200 taxonomic groups of plants in these forests, a sum total of 29 species are used in the manufacture of industrial products. Andaman and Nicobar Islands houses 9 national parks and 96 sanctuaries are the major sources of income for tourism department of the Government.

The increasing number of banks and the advanced banking facilities in Port Blair reveals that it has developed commercially and economically. Nowadays, many banks have set up their branches here and provide facilities such as money deposition and withdrawal, cash credit facility, loan options for home and business etc. The main banks that have branches in Port Blair are Union Bank, Punjab National Bank, UCO Bank, Allahabad Bank, Canara Bank, Indian Overseas Bank, Bharat State Bank and Andaman and Nicobar State Co-operative Bank etc.

The growth and development of Port Blair from an isolated and underdeveloped location to one of the most popular tourist destinations in the world is astonishing. 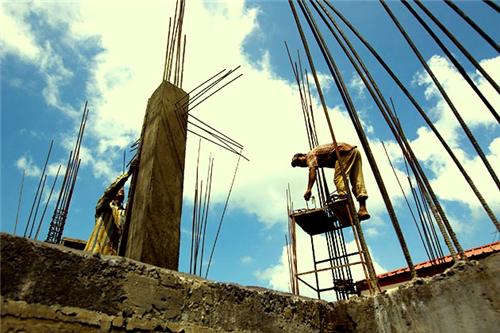 Infrastructure of Andaman and Nicobar Islands may not be state of the art in comparison to other states and other Union Territories of the country. However, Port Blair got the required infrastructure in order to support the existing industries of the Islands. Industries, communication and transport are the most important element of infrastructure in any place.

Transport system is the main component of infrastructure in Port Blair. We can see much improvement in the transport system of the islands group and it is leading towards more betterment. Apart from Port Blair, the services of Motor Transport Department of Andaman and Nicobar Islands have been extended to other ten islands. The tsunami that came in 2004 December 26, affected the transport system of the southern islands of Andaman and Nicobar badly, many of them have been restored and the others are in the process of re-storage. The reason behind the importance of transport system in the infrastructure is that this is the main mode by which all the islands in this union territory are connected.

Andaman and Nicobar Islands are one of the largest and most visited tourist spots in India. The growth and development of tourism in this union territory also rise the need for development of infrastructure in the islands here.