5 Spectacular Things About The Cinque Island Of Andaman

As you are already aware by now, the Andaman is a Paradise for the true travelers and adventure seekers. It has something to offer for every kind of traveler, for instance monuments for historians, beaches for the peace seeking tourists, water sports and forest hikes for the adventurists, shacks for food enthusiasts and great scenic views for the nature lovers. It is an excellent place offering diverse tourist destinations across 572 islands within a single union territory. 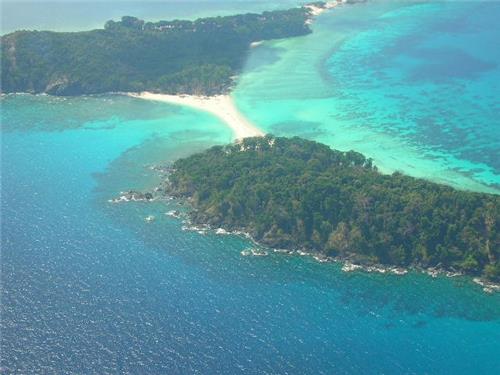 Among many of its beautiful islands is also located the Cinque Island, which is divided into two parts-Northern Cinque and Southern Cinque. It is a part of the famous Mahatma Gandhi Marine National Park, located within the Wandoor Island area along with 15 more islets belonging to the Labyrinthine Island Group.

The island is situated at a distance of around 26 kilometers from the capital city of Port Blair and can be accessed via chartered boats and launches, much like the other islands in the Andaman and Nicobar Group of Islands. To visit the Cinque Island one needs to take permission from the Forest Department of the region but night stays are usually not granted here.

1. One of the most amazing things about this island is that it is joined its Northern and Southern sections are joined by a single stretch of a sand bar that offers it an exclusive look. Both the islands can be traversed with the help of this sand bar on foot. 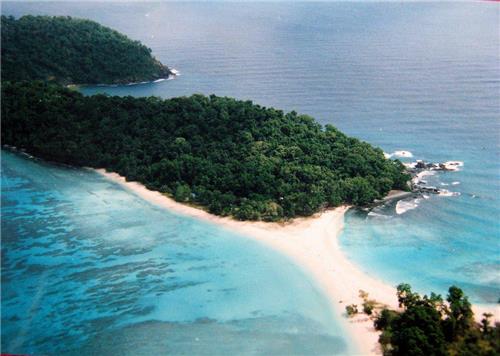 2. The sand bar which joins the 2 sections of the island had broken through during the 2004 tsunami which brought about a huge devastation across different parts of India, but the sand bar has spectacularly reformed since then.

3. The Cinque Island has no human habitation but has a wide variety and rich spread of flora and fauna, some of which are endangered and barely found in any other part of the world.

4. Another amazing thing about the island is that the water surrounding the island has a visibility of only about 80 feet as they rest of the area seems to be surrounded by hills, caves and dense equatorial forests

5. The northern island is constituted of 3 rocky isles with 2 hills, one larger than the other. The larger hill has a light house on top of it that was constituted in 1972 and offers a complete bird’s eye view of both the islands along with the connecting sand bar. 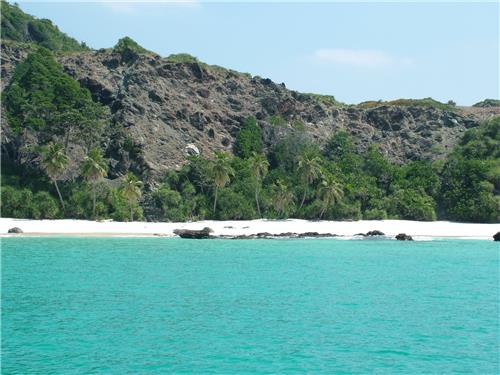 Apart from these spectacular facts and features of the Cinque Island the island is one of the best spots for underwater sea diving and is also a great place to take a look at the coral reef and rich underwater flora and fauna due to the shallow and clear sea waters. Under sea fauna such as colourful fishes, shells, starfishes, sea anemones, turtles, salt water crocodiles and multi-coloured water snakes, can be enjoyed at the island. The island has numerous coral gardens under the water which are spread across hundreds of metres into the clear sea waters.

A day’s trip to the Cinque Island is an excellent way to spend a peaceful and exotic day on your vacation to the Andaman and Nicobar Islands.