The Andaman and Nicobar Islands is one such part of the Indian continent which has had many stories mentioned about it in different ways. It is said to have been first discovered by the British as a place that can serve as a part of the colony they had dreamt of forming out of the Indian sub-continent. Prior to the British invasion, the Andaman Islands were dominated and ruled by the tribes living within the forests and islands, found in several of the different islands out of the 572 islands which are a part of Andaman and Nicobar Islands.

Many of these islands are shrouded in mysteries and myths belonging to different periods, one such popular island is the Viper Island. Located close to the capital of the Andaman and Nicobar Islands, Port Blair, the infamous Viper Island has several stories associated with it, that in turn make it a popular tourist spot for those with a flair for exploring danger prone areas.

For adventurers such as the ones, we often see on channels such as the Discovery and National Geographic, who showcase how to survive in dangerous islands and forests, living by feeding on insects and whatever they can lay their hands on, the Viper Island is an ideal destination.

There are many interesting and even scary facts that are associated with the Viper Island which pulls the crowd there quite often.

5 Scary Facts About the Viper Island

1. People often refer to the Cellular Jail when referring to the Andaman Island, but very few people are aware of the fact that the Viper Island was the location for the first British Jail of the islands, named as the ‘Viper Chain Gang Jail’. The most hair raising fact about this jail is that, it was one of the most heinous jails built by the British, where the political prisoners were exposed to unthinkable inhumane tortures. One of these prisoners included the Maharaja of Jagannath of Puri and the other famous prisoner was Sher Ali who was hanged after he murdered Lord Mayo.

3. Another story about the island goes that it derived its name from the vicious snakes, especially vipers which inhabit the island in large numbers. These snakes are one of the reasons why humans do not live in the Viper Island.

4. The island’s jail is said to have a special and dedicated section for women prisoners, who were also inflicted with different sorts of tortures by the British police force, as they dared to raise their voices against the British regime. This is another fact about the island which can run a chill down the spines of many Indians and feminists around the world. 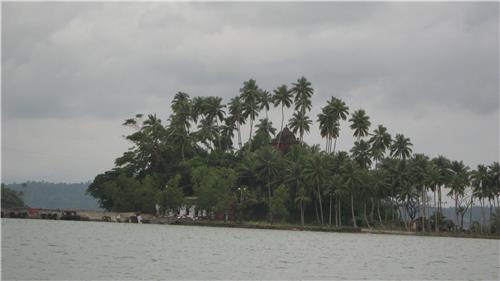 5. Although, not a fact, but there is a popular belief among the local people living around the Viper Island, that it is inhabited by spirits and ghosts of the prisoners of the ‘Viper Chain Gang Jail’ who died there either through execution or during torture by the British army.

Outwardly the island looks serene, pristine and beautiful, but it bears testimony to the sufferings and tortures that the Indian freedom fighters had to endure by revolting against the penal settlement enforced by the British government. The island can be reached via a cruise starting from the Phoenix Bay, situated near Port Blair. Apart from the stories and dangers associated with the Viper Island it houses some of the best picnic spots found across the different islands within the territory of the Andaman and Nicobar Islands.