Directorate of Transport in Port Blair 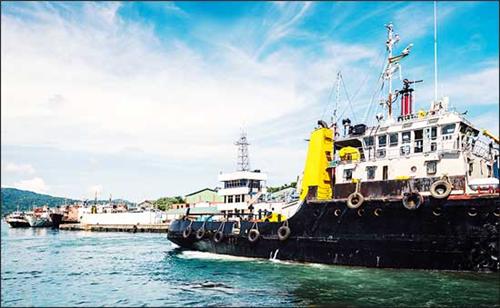 British regime establishes the Motor Transport Department with an aim of undertaking repair and maintenance of Govt of vehicles of Andaman and Nicobar Islands. Later, a commercial wing namely ‘State transport Service (STS)’ was set up in 1956 March to provide Road Transport Service to the general public of South Andaman. The STS that spread all over the network in all major islands of Andaman and Nicobar can meet the increasing demand for a safe and comfortable transport service at affordable cost to the people of the islands. At present, the State Transport Service here has 13 units with it’s headquarter at Port Blair.

The STS that possesses several buses that runs in most of the villages in Andaman and Nicobar Islands, pay a major role in improving the living conditions of both rural and urban population. The wide network of bus services can bring different villages and the city closer to each other that result in a remarkable improvement in the trade and economy of villages. The expansion and development of the bus services of STS set in motion a rapid growth in different islands, especially in rural areas in various fields such as health, education, literacy, industry, employment and communication etc.

The department of transport in Port Blair plan to establish infrastructure in all the outstations units and to provide regular bus services to the general public of Andaman and Nicobar Islands. The initiative of the Administration and the hard work of the department will surely help to improve the services in immediate future and makes the life of people who reside in the remotest part of the Islands more comfortable.