Interesting Facts About the Famous Indira Point in Andaman

The Andaman and Nicobar Islands has attained a fame of being one of the best tourist destinations across the world. Several factors have worked behind its popularity among Indian as well as foreign tourists. It has successfully established tourism as it main source of income with the help of several popular monuments, islands, forests, flora and fauna, luxury cruises, water sports etc. In fact there are certain monuments and islands that have greatly helped the union territory attain the position of a hit tourist destination.

One such monument is the Indira Point, located at the southernmost tip of the Great Nicobar Island. It is positioned within the island of Sumatra situated to the south of the Great Nicobar Island. It has been attained fame due to several reasons and also gone through several transformations along with the island and the country of India as and when nature has demanded. The whole island covers an area of about 1045 square kilometers with a population of around 9,440 humans and largely covered by rainforests comprising of a variety of wildlife. 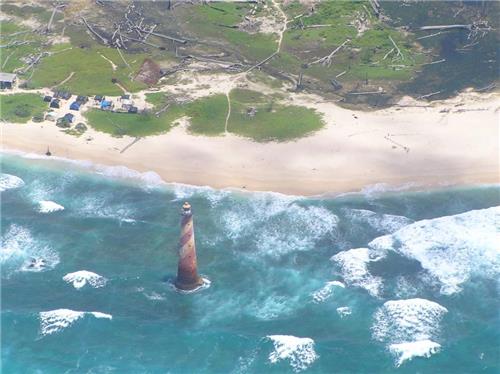 These facts along with the beautiful view, the rich flora and fauna which the island has to offer are some of the things that make it a great tourist spot. The rainforests lining the coast of the Sumatra, are great for picnics and trekking as they are less dense compared to other forests of several other island within the Andaman and Nicobar Islands territory. It is a must visit place for every visitor as a long history and several events are associated with the place.