10 Essential Facts about the Katchal Island of Nicobar Islands

One such well-known but rarely visited Island is the Katchal Island, of the Nicobar group of Islands. Located at a distance of around 305 kilometers from the capital city of Port Blair, the Katchal Island is spread across an area of about 174.4 square kilometers. This Island was horribly affected during the 2004 Tsunami and since then has faced numerous challenges on its own while the union territory government has made every possible effort to safeguard, protect and revive the Island.

There are many facts about this Nicobarese Island, which makes it really unique and special.

1. The Island of Katchal, was earlier referred to as ‘Tihnyu’ in the local language. 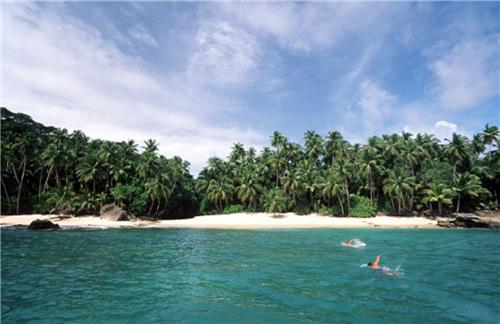 3. Katchal is home to both indigenous and non-indigenous people and comprises of the Nicobarese Tribes, which are the original inhabitants along with migrated Tamilians, who joined towards the end of the British rule.

4. A special permission is require to pay a visit to the Island and is not open to tourists or outsiders without the permission and supervision of the local administration.

5. The Katchal Island is the largest Island among all the other Nicobar Islands and was comprised of 35 villages prior to the Tsunami, following which the natives of the place reformed the groups keeping them divided in just 4 villages, named as Meenakshi Ram Nagar, Upper Katchal, E Wall and Japan Tikry. An additional village was formed by the non-tribal inhabitants of the Island, namely Mildera, comprising primarily of Tamilian and Ranchi communities

6. The highest peak within the Island of Katchal is around 835 feet high, which is enormous and helped many inhabitants survive the Tsunami by providing them shelter from the devastating water

7. There are about 5 different languages spoken within this Island, including Tamil, Telugu, Nicobari, Hindi and Santhali

8. The Government of India has declared the Nicobar Islands to be an Aboriginal Tribal Reserve Area, to protect the tribes and natives from any kind of outside exploitation or over modernization of the zone, restricting even tourists without permission. Aside from the natives and the few Tamilian and Ranchi communities, only government staff posted to the Island are allowed to live or stay there

9. The small and large hills of the Katchal Island are made of Calcareous Sandstone and marble slates and in the beautiful tropical forest of Katchal one will find lots of Pythons, Black Monkeys and Pigs.

10.  The main source of earning and the base of their economy used to lie only in the trade of Coconut, Betelnut or Arecanut product and bi-products, especially for the natives and village dwellers. But since 1968 as a result of the establishment of rubber plantation and Red Oil Palm plantation, employment opportunities have grown without harming the original source of income

Although the Island was severely damaged during the 2004 Tsunami and some parts of it have been declared as completely useless, Katchal though is still a beautiful place replete with natural beauty. Its diverse and rich fauna and dense forests lined by serene beaches, the sunrise and sunset point, which only influential people apart from the natives, have been able to encounter, till now, make it a place which must be visited, in spite of the restrictions. Tourists can request for special permission passes to visit this place but have to return by day end as there are no provisions or permission to stay there.