The Andaman and Nicobar Islands, prove again and again that they are not just about Islands, sea, water sports and beaches but also have several other attractions for tourists to satisfy and engage a versatile range of tourists. The place has something for everyone and can prove to be one of the most fulfilling vacation destinations for most visitors. For those who are under the notion that you may not find anything more than beaches in the several Islands within Andaman, please be informed that it is just a myth. 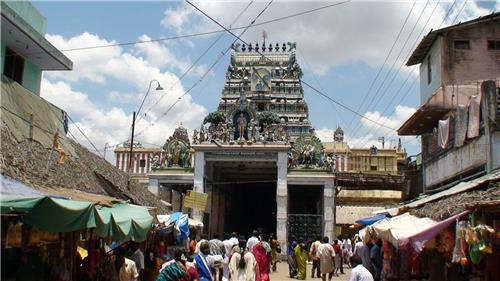 This specific group of Islands is so versatile that they have the potential to please even religious travelers. Yes! That’s right, that the Andaman and Nicobar Islands with replete with several religious destinations owing to different religions starting with temples, mosques as well as churches. The religious background and history of the place provides an idea about the secular region.

It has a large number of temples, a moderate number of mosques and churches and small number of Gurudwaras along with other religious places. But here, we are going to disclose certain historical facts about a famous temple which dates back to the days when the Tamil population first began living in different parts of the Andaman. This renowned temple is known as the Shri Vetrimalai Murugan Temple, which is located Shadipur at Port Blair.  This temple has a rich historic background, about which people are not really aware of, so let’s find out more about them.

1. At first a shrine of Lord Vinayaka was built to ensure that the Tamil administrative staff remain loyal to the British rulers, but later when a member of the staff requested to construct a temple devoted to Lord Murugan, the siege for Shri Vetrimalai Murugan Temple was founded in the year 1926.

2. The Shri Vetrimalai Murugan Temple was established in Ross Island and completed by the year 1932, as a result of the request pursued by the Tamil members of the administrative staff living on the then capital headquarters of the British.

3. The temple was shifted from its original space to Port Blair, after India got independence, as even the capital of the region was changed to Port Blair and a at the same time a large number of Tamilians flocked the current capital of Andaman.

4. The temple was maintained and run by a prominent Tamil businessman at the time of its inception, known as Mr. Ponnuranga Mudaliar. 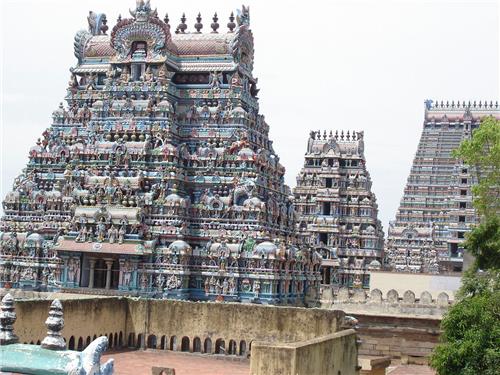 5. One of the greatest facts about the Shri Vetrimalai Murugan Temple is that it was built keeping in mind the famous Kanda Kottam temple, situated in Chennai, the capital of Tamil Nadu.

Although few, but these are some memorable facts associated with the history of the Shri Vetrimalai Murugan Temple of Port Blair. Another huge attraction about this renowned temple is that it engages largely in charity work, which primarily includes feeding the poor.

According to the temple committee members, they feed as many as 40,000 people who come to visit the temple during the main festivals of the Tamilians, such as Kanda Sashti, Panguni Uthram and Thai Poosam. The temple is not only well built and decorated but is also well managed and systematic when it comes to tackling massive crowds. It is an amazing and peaceful place to visit after a dip in the sea since it is surrounded by greenery lending a sense of immense peace of mind and relaxation to the visitors.