* In case of any delay in receiving the OTP, you may verify it later. Please proceed without verification.

The islands of Andaman and Nicobar, with their unparalleled charm as well as breath-taking flora and fauna, are the favourite tourist locations of all types of visitors. Reaching these islands is not a matter of concern to tourists nowadays. This union territory of India, which is situated in the ocean of Bay of Bengal, is linked to the rest of India by both air and sea. Port Blair, which is the capital city of Andaman and Nicobar Islands, is also the major gateway to the group of islands. This city is well connected to all major cities of India and other countries of the world. 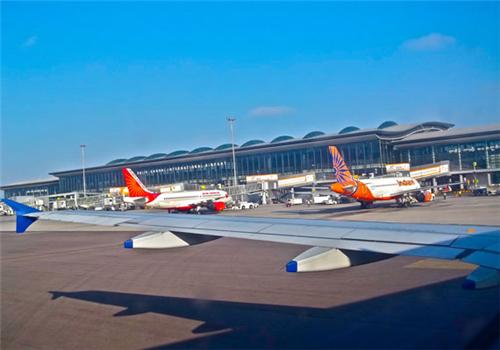 Air services is the most convenient method to travel to Port Blair, as it is easy to avail the main airport named Veer Savarkar International Airport, which is located at mere 5 kms south to town center. There are regular flight services from Kolkatta, Delhi and Chennai to Port Blair. The major regular domestic flight services of all these major cities of India include Indian Airlines, Jet Airways, Air Deccan and Kingfisher Red.

Foreign charter flights are also allowed to land at the airport of Port Blair subjected to the guidelines of the Director General of Civil Aviation. All flights from Chennai and Kolkata to Port Blair are direct flights that take around 2 hours, while flights from Delhi take around 5 hours as they fly via Chenai or Kolkata. An average of Rs 7,000 is required for oneway journey from Kolkatta and Chennai to Port Blair while the rate will be Rs 10,000 for the flight from Delhi. Foreigners and NRIs should get a Protected Area Permit (PAP) of 30 days validity on arrival at the airport of Port Blair, even though it does not need additional fee.

Ships and Ferries in Port Blair 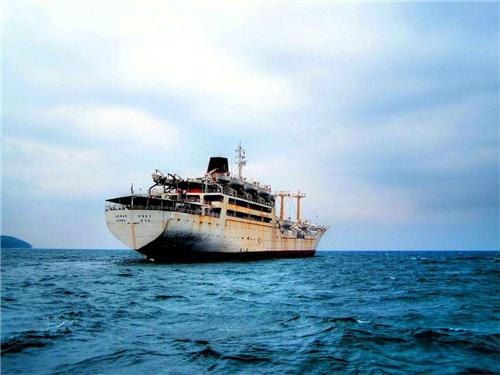 Ships and boats are convenient when you plan to travel in the archipelago
A journey to Andaman and Nicobar Islands by ship is really a great experience, as it lies in the Bay of Bengal. Regular passenger ship services are available from Chennai, Kolkatta and Vishakhapattanam. While three or four trips are available to Port Blair from Chennai and Calcutta, there is a sailing in a month from Visakhapattanam. The journey takes about three days to reach Port Blair and the ships generally halt at seaport for two days before their return journey.

We can use different transportation services like local buses, auto-rickshaws, taxi, scooters, motorcycles, boats and ferries for travelling within Port Blair city.

Auto-rickshaws: Auto-rickshaw services are abundant in Port Blair, which cost Rs 20 to 40. While auto fare from airport to Aberdeen Bazzar in the city center is Rs 30, other routes like Aberdeen Baxzzar to Rajiv Gandhi Water Sports Complex, Marine jetty etc costs Rs 10. Comparatively, these prices are low.

Boats: Boats, which charges Rs 75 for a return journey, are available to destinations like Ross Island. Ferries are the most used transport service for travelling from one island to another island of these groups and even within the islands. There are three major ferry routes in Port Blair, which have an average 45 trips. 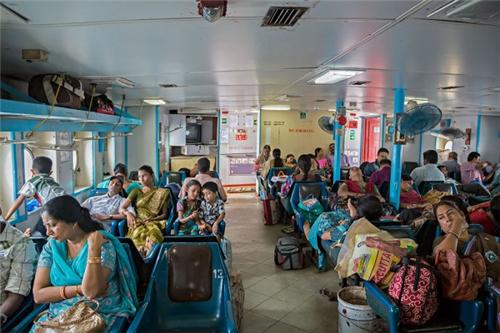 Ferry: Ferry is a wise option to travel in between islands comparing to expensive seaplane services. Recently, services of air conditioned catamaran ferries are started from Port Blair to Havelock with tickets that range from Rs 650 to 1000 depending on the category chosen to travel in.

Local buses: Many local buses are available at cheap rates for intra-city and inter-city travels in Port Blair. But, you have to ask around to figure out the routes.
Tourists usually hire two-wheelers from Veer Savarkar airport to travel around Port Blair. Buses and auto-rickshaws are also available for travelling. Some people opt to walk around the city, as most of the locations are well confined within 5 km radius. But cycling is not an advisable option here because the terrain is a bit hilly.