Port Blair, which is nestled in the Southeastern coast of South Andaman Islands, boasts of a history that shares an interesting past of Indian’s freedom struggle. Port Blair has witnessed a flurry of events at the time of uprising for freedom from British regime. It has a diverse culture that comes out in vivid hues and so visiting Port Blair is surely a once in a lifetime experience. 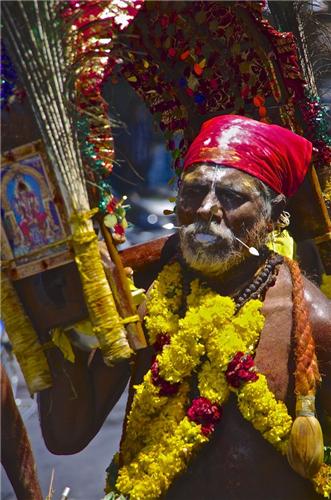 Andaman &Nicobar Islands has a recent culture that is a blend of various religions, ethnic groups and languages. As Port Blair, the capital city, consists of various people from different parts of the world who settled here, it features a cosmopolitan culture.

Andaman & Nicobar administration organizes Island Tourism Festival for 15 days during December and January every year. As a part of it, the environment gets coloured with music, dance and drama performed by cultural troupes and world-famous artists. One of the major attractions of this festival is Dog show. Water sports competitions like Nicobari Hodi and parasailing etc are aoso conducted during this festival.

Port Blair has some popular artifacts like shell jewellery, pearl jewellery, palm, mats, coconut shell lamp-shade and nicobaree mats etc. You can also see beautiful wood crafts like walking sticks, ashtrays, bowls, strays and furniture made mostly of local paduak. The shell crafts like ashtrays, buttons, lamps and jewellery made from the decorative and polished shells are also seen here. Other popular artifacts in Port Blair are cane and bamboo works. The two important traditional crafts of Nicobar are basketry and mat making. 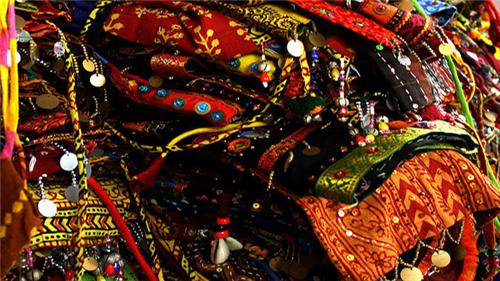 The region is associated with no particular form of cuisine. All the tribes in these islands find out their food through hunting. But, the people here start to adapt to the modern food habits, as they are more in touch with modern world. Focusing the tourists who visit Andaman and Nicobar Islands, the restaurants here offer a wide variety of seafood.

The culture of the indigenous people of Andaman and Nicobar Islands are the most distinguishable aspect of the Island culture. The people of these islands can be divided into two major groups. Negroid origin and migrated from Africa thousand years ago are the inhabitants here. The main ethnic groups include Andamanese, Jarawa, Onge and Sentinalese. The main groups of Nicobar tribes are Shompen and Nicobari. All these tribes in Andaman and Nicobar Islands still could continue their indigenous culture and to protect these streams of culture, as they are isolated from other countries.

Attire
It may seem unbelievable, but true that there are many people in Andaman and Nicobar Islands who are far away from the touch of modernity, while ultra modern attires and dressing styles are ruling the 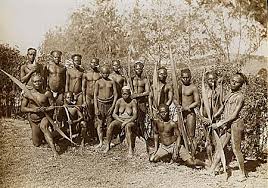 multiplex markets and shopping malls in the big cities of India and other countries of the world. Andaman and Nicobar Islands have no such specific attire. The tribes, who live in the remote forests of Andaman and Nicobar Islands and are remained away from the modern civilization, have not adopted to use cloths even now. While some tribe use ornaments of shell and bark like necklaces, bands and waist bands, others cover the part of the bod below the waist. However, some tribes like Onges and those who used coconut leaf petticoat or tassel started to adopt modern dress code. The non-tribal population in the island follow regular dress code of shirts, saris, coats, salwar kameez and trousers etc.

In short, the culture of Port Blair is a blend of indigenous cultures of the Negroid and the Mongoloid settlers here and the culture of descendants of the early settlers from the Indian mainland as well as the migrants. But what makes the culture of these islands special is the peaceful coexistence of all these cultural varieties.